The Silent Language of Ships at Sea

The Silent Language of Ships at Sea 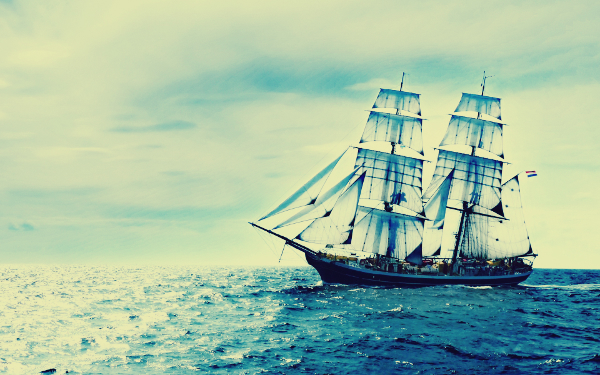 Years ago, before electronics, the language of ships at sea required clear visibility and the easy grammar of forty or so flag-like symbols, a standardized version of which has come to be known as the International Code of Signals (ICS). Even with the advent of radio and satellite communications, military vessels use flag signals to maintain radio silence.

“England expects that every man will do his duty” was a famous signal sent by Admiral Horatio Nelson from his flagship as the Battle of Trafalgar commenced in 1805. And Japanese Admiral Heihachro Togo is famous for his flag admonition against the Russian fleet in 1904: “The fate of the Empire depends on today’s battle.” The name “false flag” has its origins in the flag signals of naval warfare with the use of a flag other than the belligerent’s true battle flag as a ruse de guerre, before engaging the enemy. The intent is to deceive in such a way that operations appear as though they are being carried out by entities other than those who have planned or executed them.

A display of these flags on a single halyard constitutes a “hoist” and is read from top to bottom. Each letter of the alphabet has a distinctive flag and each numeral a pennant as well. Colors considered distinguishable at sea include red, blue, yellow, black, and white.

The simplest, and slowest, of signaling methods was to spell out a message letter by letter. But thousands of “code groups” internationally agreed upon and conveniently listed in mariners’ code books were a short hand equivalent for the specific nautical language at hand. An eloquent example is “OL,” the command to “heave to, or I will open fire on you.”

With the introduction of steam navigation and the ability for ships to maneuver together in close company, there was a need for more comprehensive signal books. As with globalization generally, the requirements of communicating with speed and accuracy was challenged by linguistic complexity. Thus, one of the elegant aspects of the ICS is that all of the standardized messages come in nine languages (English, French, Italian, German, Japanese, Spanish, Norwegian, and, since 1969, Russian and Greek). That the sender and receiver(s) might use different languages is immaterial; each language has a book with equivalent messages keyed to the same code.

Since 1969, the ICS has been reduced to focus on navigation and safety, including a medical section. The ICS is now managed by the International Maritime Organization (IMO), which published a new edition in 2005.